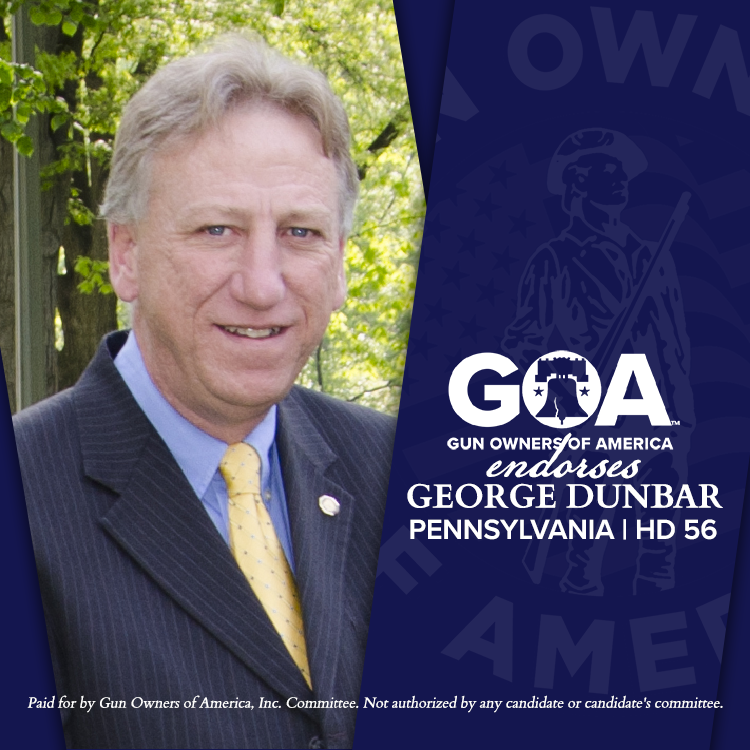 I am delighted to endorse Representative George Dunbar for re-election to the 51st district of the Pennsylvania House of Representatives.

Representative Dunbar has been a staunch supporter of your Second Amendment rights since his election to the General Assembly in 2011. 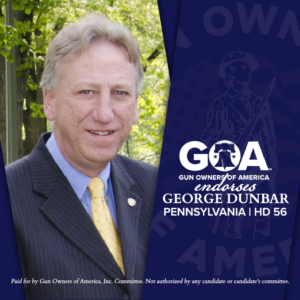 He has a 100% pro-gun voting record in the current session, earning him an “A” rating from GOA. Rep. Dunbar was also co-sponsor for both Constitutional Carry (HB 659) and the bill to strengthen PA’s firearms preemption laws (HB 979).

But Representative Dunbar scored a perfect, 100% on his GOA candidate survey. He would oppose all of the anti-gun measures his opponent would try to impose upon you.

Here is what Representative Dunbar has to say in his own words regarding your Second Amendment rights:

As State Representative, protecting our constitutional rights and freedoms is one of my top priorities. The constitution is clear that the right of the people to keep and bear Arms, shall not be infringed. I have stopped Governor Wolf’s efforts to limit our Second Amendment rights, and I can be counted on to always be a strong advocate for law-abiding gun owners and sportsmen.

So, in the May 17th Republican primary, vote for GOA-endorsed George Dunbar and be sure to volunteer and support his campaign.