GOA was founded in 1976 by the late Sen. H.L. (Bill) Richardson. The GOA Board of Directors brings over 100 years of combined knowledge and experience on guns, legislation, and politics. GOA’s Board is not satisfied with the “status quo.” Americans have lost some of our precious gun rights and we want them back! This is why GOA is considered the “no compromise” gun lobby.

From state legislatures and city councils to the United States Congress and the White House, GOA represents the views of more than two million gun owners whenever their rights are threatened. 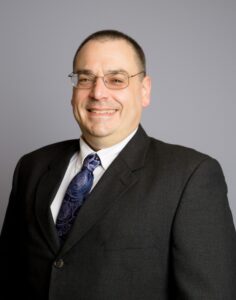 Val has been a stalwart defender of the right to keep and bear arms since the 1990s. In 1998, he was elected as the first president of the Virginia Citizens Defense League (VCDL), the premier gun rights organization in the Commonwealth of Virginia. VCDL was instrumental in making Virginia a “shall issue” state and continues its mission to the present day.

Val received his Doctor of Medicine degree from the Pennsylvania State University in 1994 and a Masters in Public Health from the Uniformed Services University in 2008. He served as a Chief of the Medical Staff and a Deputy Group Commander in the United States Air Force.

In 2016, Val retired from the Air Force in the rank of colonel. He is a disabled veteran and also assists GOA in representing veterans’ interests before the Executive Office of the President and the Department of Veterans Affairs.

A native son of Pennsylvania, Val returned to his home state after his retirement from the military and has been serving as GOA’s Pennsylvania Director since April of 2019. He’s a proud member of the Sons of the American Revolution and currently resides in York, Pennsylvania near his grandchildren.