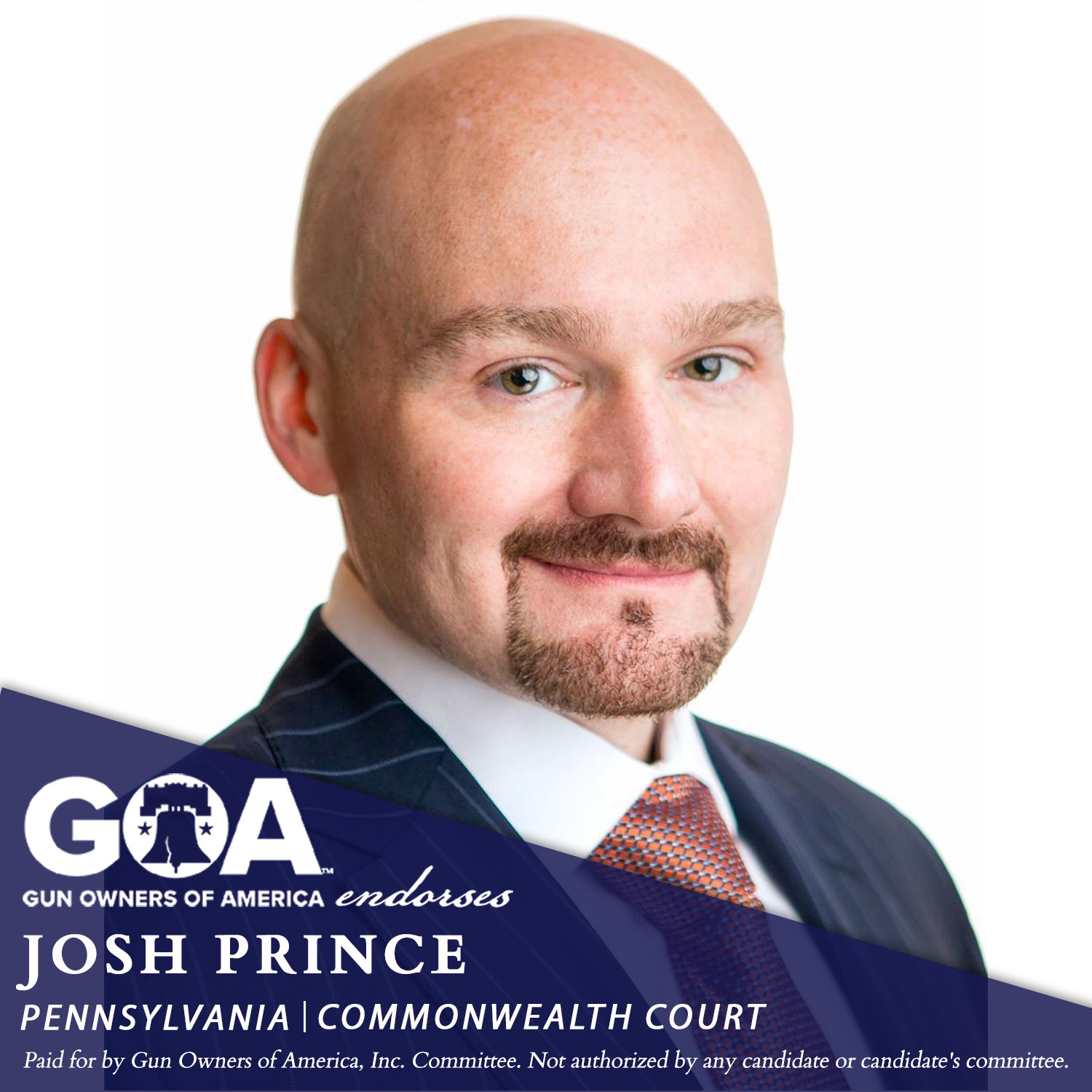 Due to the election of GOA-endorsed Justice Kevin Brobson to the Supreme Court of Pennsylvania, there will be a vacancy on the Commonwealth Court in 2023. 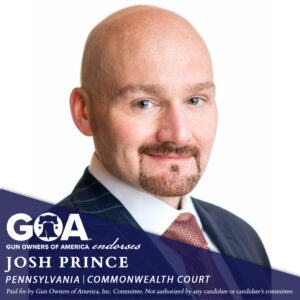 It is imperative that a pro-Second Amendment majority on the Commonwealth Court be retained and gun owners have a great candidate in Joshua Prince.

Josh Prince is a pro-gun attorney who needs no introduction in Pennsylvania or nationally. He’s been the lead counsel on numerous cases that have protected our right to keep and bear arms.

Let me give you a brief rundown of just three of Josh’s monumental litigation successes:

I could go on about Josh’s additional legal victories. I’ve also worked with Josh Prince personally on several occasions and have first-hand knowledge of his dedication and commitment to our constitutionally-protected rights.

Josh has also been active in bill-drafting as well as crafting critical amendments to advance our Article 1, Section 21 rights in the Pennsylvania General Assembly.

It’s no surprise that on GOA’s 2023 Judicial Candidate Survey, Josh Prince rated himself as a “strict constructionist” in how he interprets the Constitution. He also identified Atonin Scalia as the Supreme Court Justice he most identifies with in his judicial philosophy.

It really doesn’t get any better than that for a judge!

Here is what Josh Prince has to say in his own words regarding our God-given rights:

First Name, it is imperative that we begin to turn the tide against the forthcoming anti-gun Shapiro Administration. And there’s no better way of doing that than by electing a pro-2A justice for the Commonwealth Court.

That’s why GOA is endorsing Josh Prince for Commonwealth Court,

So, in the 2023 Republican primary, vote for GOA-endorsed Joshua Prince. Also, be sure to like his Facebook page and support his campaign.