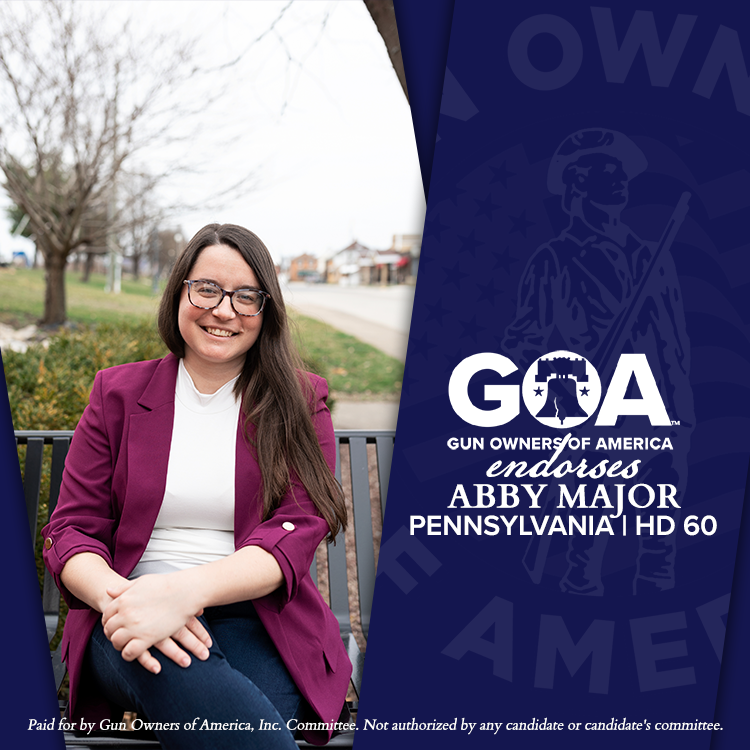 I am delighted to endorse Abby Major for State Representative in PA House District 60.

As you know, Representative Abby Major was elected in a special election to replace retiring pro-gun stalwart, Representative Jeff Pyle. I’m happy to report that Representative Major is exceeding expectations as a solid, pro-Second Amendment advocate in the Pennsylvania House. 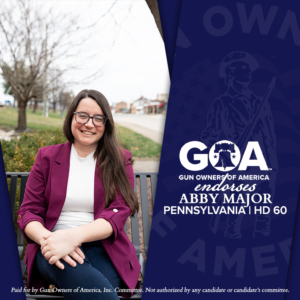 As a freshman, Rep. Major has a 100% pro-gun voting record, including co-sponsorship of the Constitutional Carry bill in the House (HB 659).

Not only that, but Rep. Major scored a perfect, 100% on her 2022 GOA candidate survey. So you can be assured that she is on board with stopping the Democrat gun-control agenda and supporting pro-gun legislation.

Here is what Rep. Major has to say in her own words regarding your God-given rights:

What more can I say, other than we need to re-elect Abby Major and send her back to Harrisburg in 2023.

So, in the November 8th general election, be sure to vote for GOA-endorsed Abby Major and be sure to support her campaign.