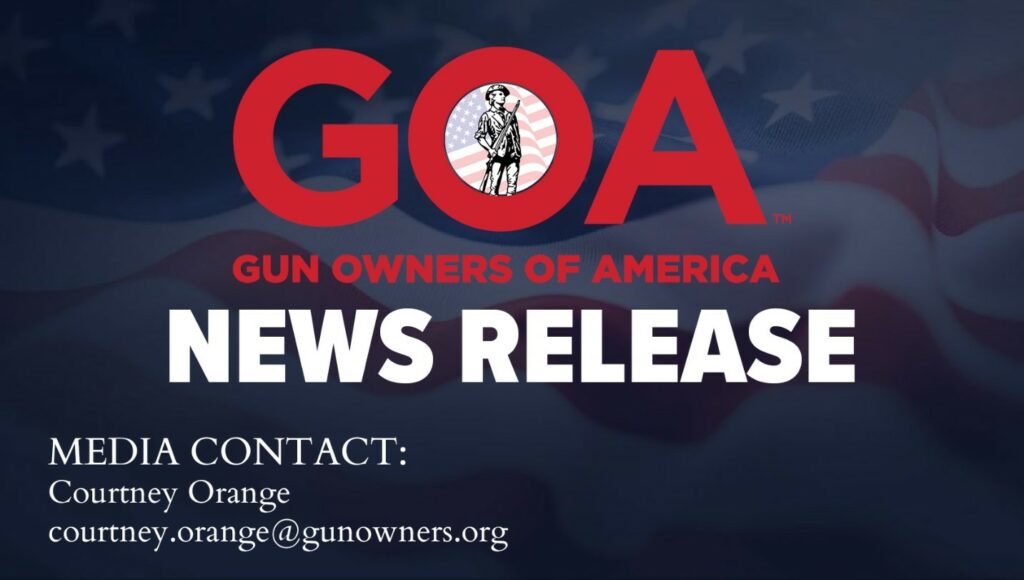 Today, Gun Owners of America (GOA) led a coalition of nonprofit pro-gun groups, including Gun Owners Foundation (GOF) and the Heller Foundation, to file an amicus curiae brief to protect the rights of Philadelphians to keep and bear arms. The brief was filed in Pennsylvania state court in Crawford et al. v. Pennsylvania.

This case is a challenge brought by the City of Philadelphia to the constitutionality of Pennsylvania’s long-standing and sensible firearms preemption statute, which prevents Philadelphia from imposing greater firearms restrictions on its residents than those approved by the General Assembly for Pennsylvania as a whole.

Philadelphia asserts that the General Assembly’s limitation of City gun ordinances violates Article 1, Section 1 of the Pennsylvania Constitution — but, as the GOA brief explains, that section actually guarantees to each citizen of Pennsylvania the right to defend his life, liberty, and property.

GOA’s brief also pointed out that the General Assembly’s firearms preemption law had been previously reviewed and approved by Pennsylvania courts as a valid exercise of legislative authority.  GOA argued that no state court has the authority to order the General Assembly to enact laws to its liking, as that would be a usurpation of power by the judiciary, upsetting the necessary balance of powers between the co-equal branches of government.

GOA explained that Philadelphia’s District Attorney, on whom George Soros spent almost $1.5 million to elect, has been soft on crime. And recently, 150 former prosecutors explained that the DA’s negligence has led to an increase in gun violence in Philadelphia.

Philadelphia bases its case on the assumption that wherever there are more guns, there is more gun violence. But the City fails to even consider how many times firearms prevent crime when used in self-defense. GOA’s brief argues that Philadelphia does not need more restrictions on firearms. Rather, since only law-abiding citizens abide by gun control restrictions, such laws make them even more vulnerable to criminals who never obey the laws.

GOA and its foundation (GOF) are continually bringing lawsuits across the country to defend firearm rights.  GOA is unwavering in its defense of gun rights and remains the only “no compromise” gun lobby.

GOA Pennsylvania Director Val Finnell, or another GOA spokesperson, is available for interviews. Gun Owners of America is a grassroots nonprofit dedicated to protecting the right to keep and bear arms without compromise. For more information, visit GOA’s Press Center.