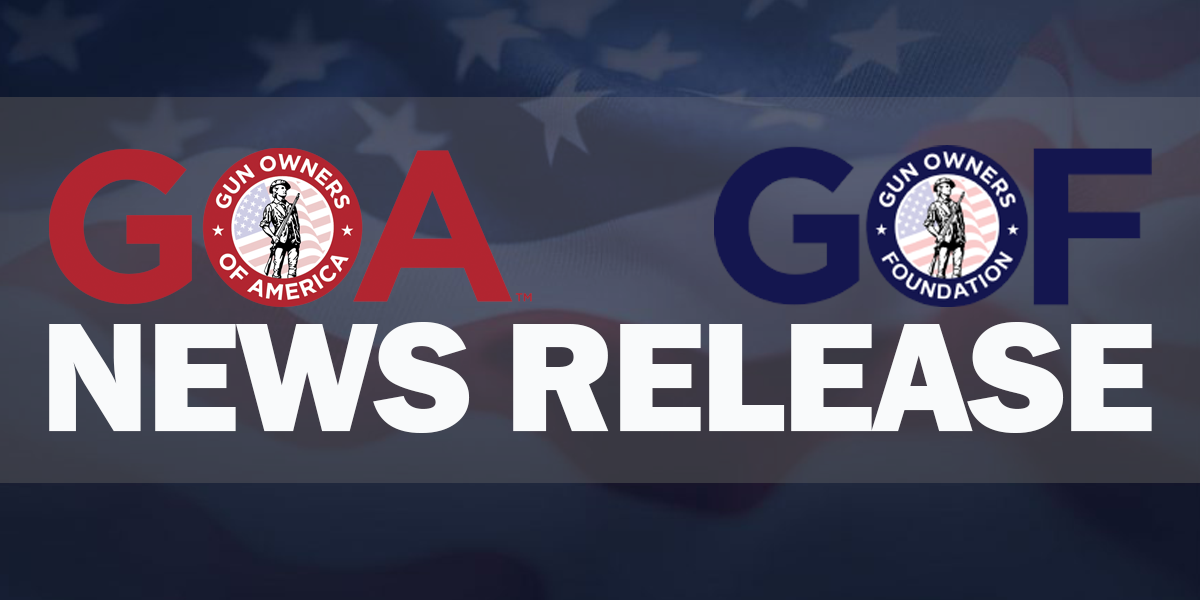 Harrisburg, PA – Gun Owners of America (GOA) and Gun Owners Foundation (GOF) along with four Philadelphians have filed a lawsuit seeking to invalidate Philadelphia’s illegal and unconstitutional prohibition on its residents and citizens from making and finishing firearms for their own private use.

Pennsylvania Courts have told Philadelphia no less than three times that they are not permitted to locally regulate firearms, as defined in PA Code Title 18, Section 6120. However, Philadelphia politicians either don’t listen or don’t care, instead wasting taxpayer money on ineffectual and illegal legislation.

While Philadelphia is on track for a record number of homicides, the mayor and city council are wasting time and resources on illegal legislation instead of checking their soft-on-crime DA, Larry Krasner.

Under Krasner, Philadelphia’s homicides and violent crime rates have skyrocketed; and while arrests for illegal gun possession have tripled, conviction rates have fallen from 63% to 49%. But instead on focusing on the failure of Krasner prosecuting violent criminals, City officials would rather target law-abiding citizens.

“It’s not that the Mayor and City Council don’t know they can’t pass these laws, it’s that they don’t care” said Andrew Austin, one of the attorneys representing the Plaintiffs. “It’s more important for them to get a news headline by passing an illegal law than it is for them to actually help their citizens. It’s a real shame.”

“Cities like Philadelphia and Pittsburgh continue to violate the preemption law and attack the Constitutional rights of their citizens with impunity. This latest effort is part of a coordinated strategy with PA’s anti-gun Attorney General, Josh Shapiro, to ban homemade firearms statewide and nationally,” said Dr. Val Finnell, the Pennsylvania Director for GOA.

Gun Owners of America and its foundation are continually bringing lawsuits across the country to defend firearm rights.  GOA is unwavering in its defense of gun rights and remains the only “no compromise” gun lobby. Together, they are drawing a line in the sand starting with Philadelphia to protect the rights of a citizens to build their own guns nationwide.

The filed complaint can be viewed here.

Dr. Val Finnell, or another GOA spokesperson, is available for interviews. Gun Owners of America, and its sister organization Gun Owners Foundation, are nonprofits dedicated to protecting the right to keep and bear arms without compromise. For more information, visit GOA’s Press Center.