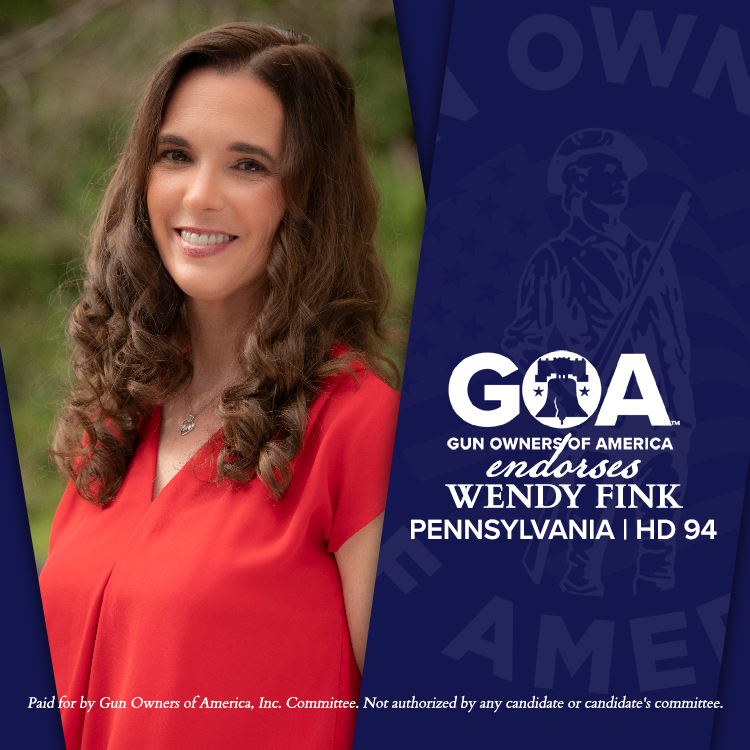 I am delighted to endorse Wendy Fink for State Representative in Pennsylvania’s 94th House District.

The incumbent, Rep. Stan Saylor, voted for an anti-gun bill that became law in 2018. 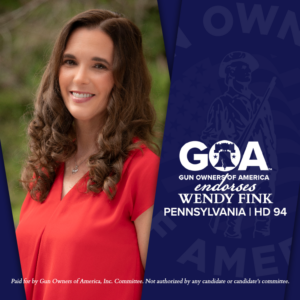 HB 2060 was vigorously opposed by GOA (you can read our alert about it here). The only reason it passed is that weak Republicans, like Stan Saylor, followed the wishes of the RINO House leadership and voted for it like blind sheep.HB 2060 expanded the loss of gun rights by “mandating” the relinquishment of ALL firearms, other weapons and all ammunition when a “permanent” protection from abuse (PFA) order is issued “WITHIN” 24 hours or face prosecution.

That’s why we need to send Wendy Fink to Harrisburg to clean house!

Wendy scored a perfect, 100% on her GOA candidate survey. She won’t sell you out when the RINOs in charge of the PA House ask for politically expedient anti-gun votes.

Here is what Wendy has to say in her own words regarding your Second Amendment rights:

“Without the second amendment, our other rights are not secure.  It’s the foundation of American liberty and should never be infringed upon.”

That’s it in a nutshell, isn’t it?

That’s why GOA is endorsing Wendy Fink for State Representative in House District 94.

So, in the May 17th Republican primary, vote for GOA-endorsed Wendy Fink and be sure to volunteer and support her campaign.