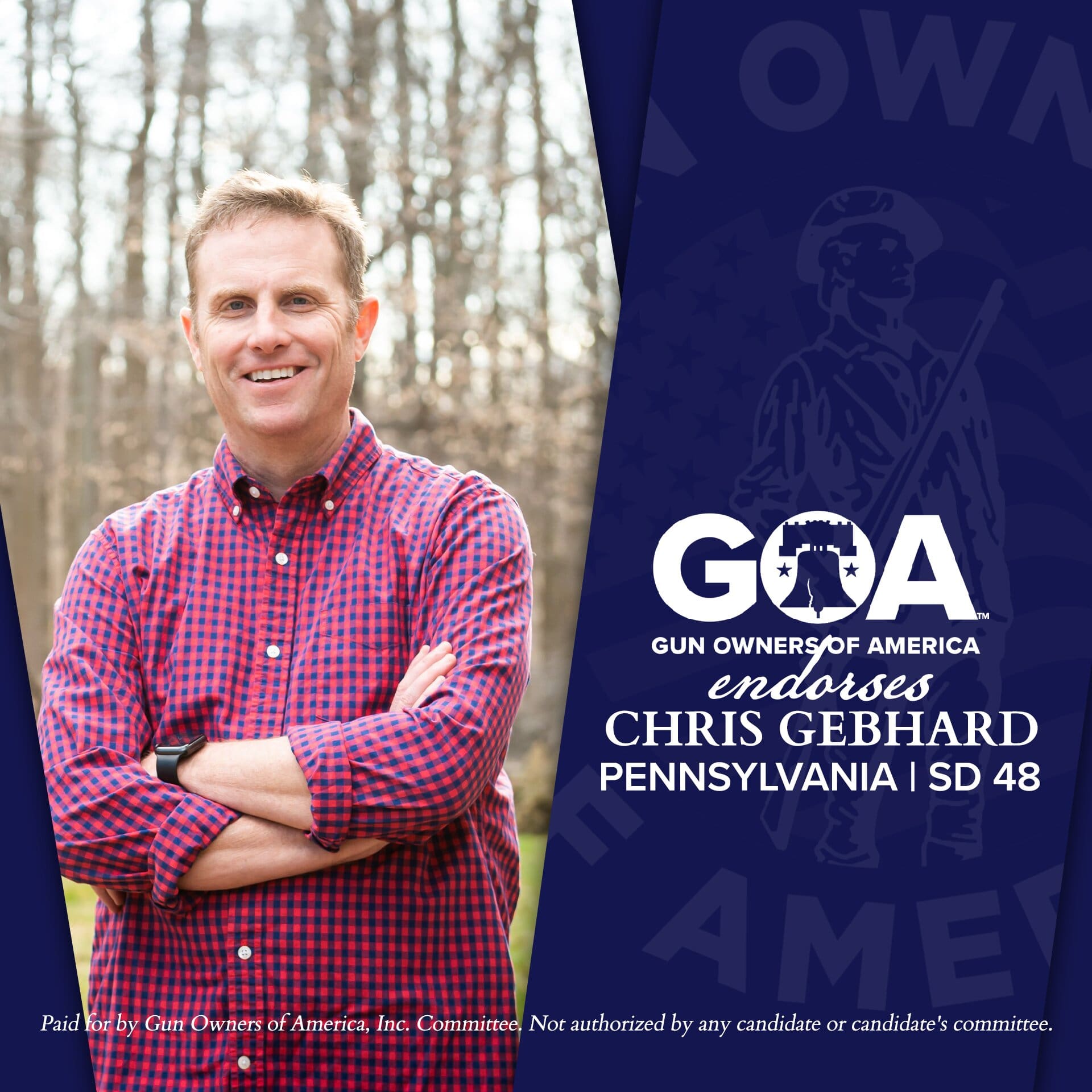 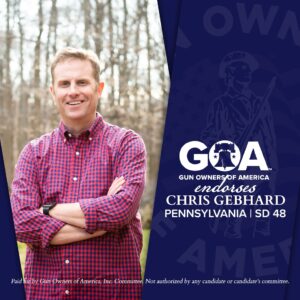 I am delighted to endorse Senator Chris Gebhard for State Senate in Pennsylvania’s 48th District.

During his first year in the General Assembly, Senator Gebhard has been a solid supporter of your Article 1, Section 21 rights. In fact,

he has a 100% pro-gun track record and co-sponsored GOA-backed legislation like Constitutional Carry (SB 565) and the Right to Bear Arms Protection Act (SB 624).

Not only that, but Senator Chris Gebhard scored 100% on his 2022 GOA candidate survey for gun rights.

Senator Gebhard has also vowed to continue the fight for election integrity in Pennsylvania.

But here is what Senator Chris Gebhard has to say in his own words about your Second Amendment rights:

I have always been a strong supporter of the 2nd Amendment which guarantees our right to keep and bear arms. Current “gun control” proposals are merely schemes that will put even more arduous restrictions on everyday people who use firearms for legal purposes like self-defense, competitive shooting, plinking, hunting, and collecting.  Disarming law-abiding citizens will not prevent crimes.

So, in the May 17th Republican primary, vote for GOA-backed Chris Gebhard and be sure to support his campaign.