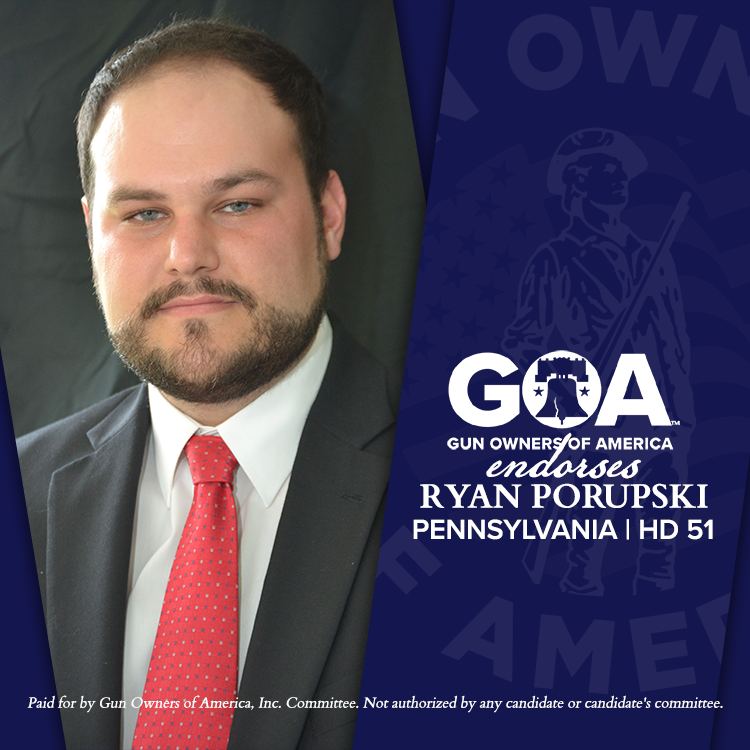 I am delighted to Ryan Porpuski for State Representative in PA House District 51. 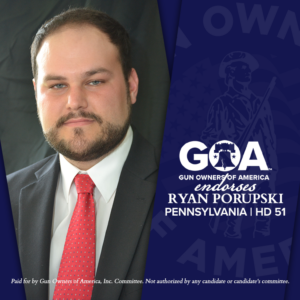 Due to personal difficulties, Representative Matt Dowling will not be seeking re-election for State Representative in November. GOA salutes Rep. Dowling for being a true champion of our God-given rights during his tenure.

This leaves an open, Republican seat for House District 51 in a contested race. It’s important that gun owners have a strong candidate to send to Harrisburg.

Ryan Porupski is that candidate!

Ryan is a “salt of the earth” candidate. He’s a cattle farmer from Nicholson Township in Fayette County. He’s also no stranger to politics and currently serves as President of the School Board of Albert Gallatin School District.

Ryan earned GOA’s support because of his high marks during our rigorous Candidate Endorsement process and where he earned a 100% score on our 2022 gun rights candidate survey.

Here is what Ryan Porpuski has to say in his own words about your Second Amendment rights:

The second amendment of the U.S. Constitution and Article 1, Section 21 of Pennsylvania’s Constitution are the ones that protect all the others. I own several rifles for use around the family farm and hunting. The right for citizens to bear arms was established by our Founders, so the citizens of this great nation could protect themselves against future oppressive governments.

That’s why GOA is endorsing Ryan Porupski for the State Representative in House District 51.

So, in the November 8th general election, vote for GOA endorsed Ryan Porupski and be sure to support his campaign.