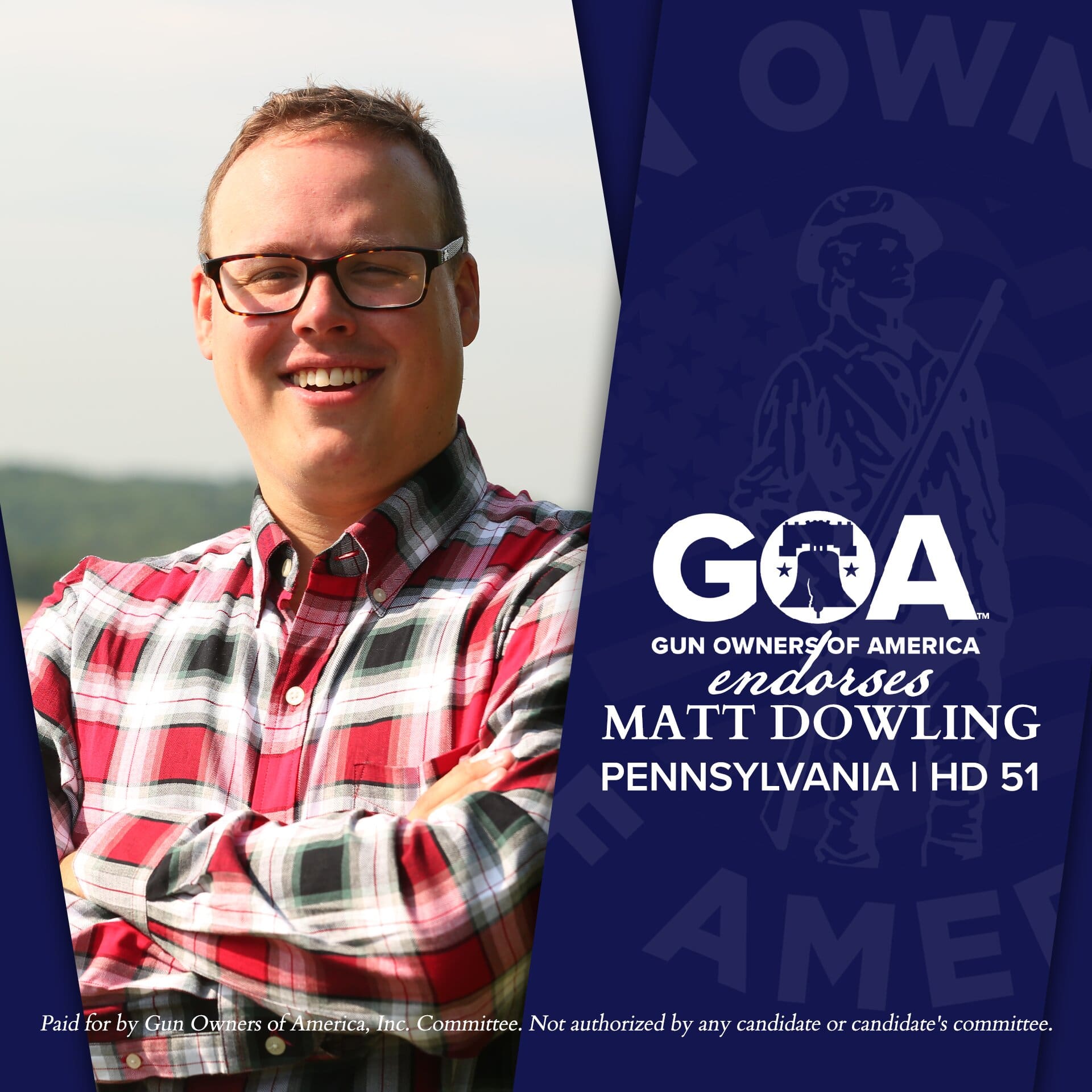 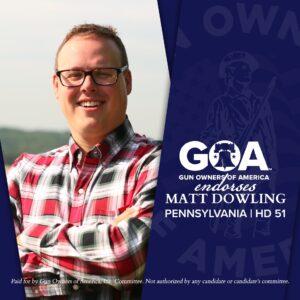 Representative Dowling has a coveted A+ rating from Gun Owners of America for his signature leadership in the Pennsylvania General Assembly for gun rights.

Representative Dowling was the prime sponsor for HB 979, the bill to strengthen Pennsylvania’s firearms preemption law. The bill passed but was vetoed by anti-gun Governor Tom Wolf.

HB 979 would have provided citizens the ability to recover damages, reasonable attorney fees, and costs if a court finds that a local ordinance violates the state firearms preemption law. It would also award costs to an unsuspecting citizen charged with a crime under one of these illegal ordinances who is subsequently acquitted.

But Representative Dowling’s leadership doesn’t stop there. He is also the Chairman of the House Second Amendment Caucus where he started a video program called “On Target” to highlight pro-gun legislation.

The “On Target” video program serves to educate Pennsylvania legislators and the public about the importance of our Article I, Section 21 rights. I have been a guest on the program twice and can vouch for its quality.

Here is what Rep. Dowling has to say in his own words about your Second Amendment rights:

I believe it is important to promote a pro-gun agenda for law-abiding citizens by preserving the right to keep and bear arms as guaranteed in the constitutions of both the Commonwealth of Pennsylvania and the United States of America. I am committed to rejecting proposals that aim to weaken Pennsylvanians’ constitutional rights, as well as advancing initiatives to support and enhance those rights.

So, in the May 17, 2022 Republican primary, vote for GOA-endorsed Matthew Dowling and be sure to support and volunteer for his campaign.