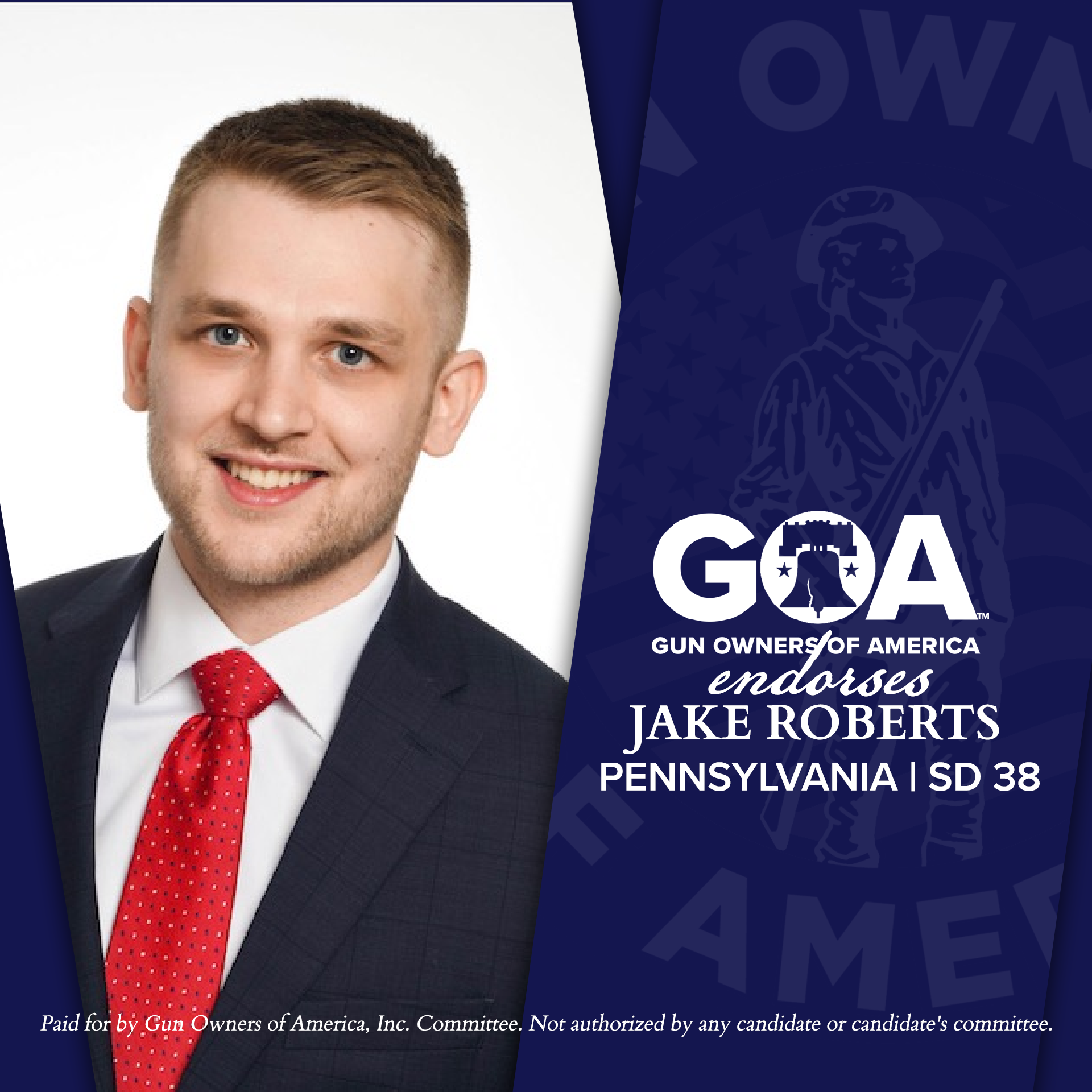 I am delighted to endorse Jake Roberts for state senate in the 38th District.

State Representative Lori Mizgorski’s (R-30) district was shuffled due to gerrymandering, so Mizgorski decided to run for state senate in the 38th district. 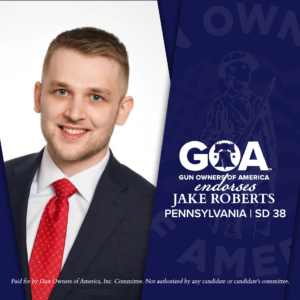 But Lori Mizgorski was one of eight Republicans in the House who voted against Constitutional Carry and that’s not acceptable.

Our elected officials need to be held accountable for failing to support our constitutional rights. GOA won’t allow candidates like Lori Mizgorski to pretend to be for our God-given rights and then turn around and stab us in the back.

I interviewed Jake personally. He’s a passionate advocate for your Article 1, Section 21 rights. He’s tired of Mizgorski’s shenanigans and poor excuses for voting against Constitutional Carry.

Jake is an experienced attorney. He’s a public defender who knows Pennsylvania law. And he’s a true, uncompromising advocate for your Second Amendment rights.

But let’s hear what Jake has to say in own words about the importance of your constitutionally-protected rights:

The rights of Pennsylvanians to freely possess and carry firearms as guaranteed in our state and federal constitutions is more important now than at any point in recent history. We’re living through an unprecedented age of governmental excess and abuse of individual rights, and the God-given rights of Pennsylvanians to arm themselves against the threat of tyranny is of the utmost priority and must be protected at all costs.

Friend, this is one of the most important primaries for Pennsylvania gun owners. We need to send a strong message to the Harrisburg Republican leadership and the GOP that we will not tolerate traitors in the ranks.

If you vote against a pro-gun bill, you are going to be primaried and removed from office. That’s it. Period!

So, in the May 17th Republican primary vote for Jake Roberts for Pennsylvania State Senate and be sure to support his campaign.