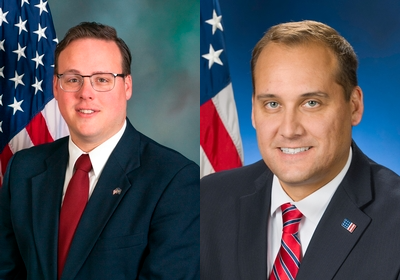 Fortunately, they have lost in court…but the case is on appeal. Make no mistake about it, this was all part of a coordinated strategy to bankrupt law-abiding citizens who are victimized by these illegal ordinances using tax dollars and outside money provided by Michael Bloomberg and Everytown USA.

You see, Everytown USA promised free legal help to any city anywhere that wants to challenge their state’s firearms preemption law. Meanwhile, honest gun owners like you and me get stuck with paying for costly legal challenges to restore our gun rights.

What is preemption? It is our state law that says that only the Pennsylvania General Assembly can enact laws related to the regulation of firearms:

“No county, municipality or township may in any manner regulate the lawful ownership, possession, transfer or transportation of firearms, ammunition or ammunition components when carried or transported for purposes not prohibited by the laws of this Commonwealth.” (18 PA.C.S. § 6120)

Cities like Pittsburgh and Philadelphia have willfully broken the state firearms preemption law without any accountability for their actions. Worse, they have the unlimited resources of Bloomberg front organizations to defend them in court.

These bills provide law-abiding citizens the ability to recover damages, reasonable attorney fees, and costs if a court finds that a local ordinance violates the state firearms preemption law. They would also award costs for an unsuspecting citizen charged with a crime under one of these illegal ordinances who is subsequently acquitted.

Not only that, but these bills would allow membership organizations, like GOA, to sue on your behalf.

Let’s hold elected officials accountable for breaking the law and stop their financial “war of attrition” against law-abiding gun owners.

So please urge your state representative and senator to co-sponsor, support, and pass “Strengthen Preemption” legislation by using the form above.