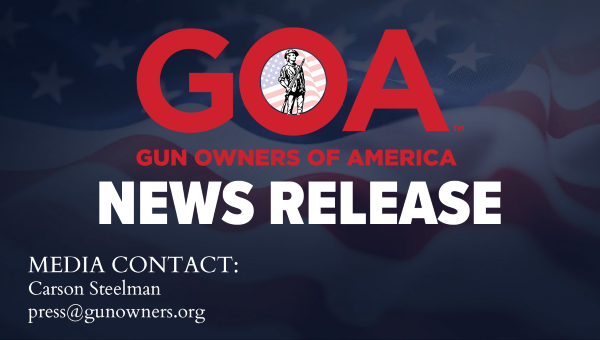 PHILADELPHIA, Pa. — Yesterday, the Court of Common Pleas of Philadelphia County issued a preliminary injunction against the City of Philadelphia, halting the City’s enforcement of its recently enacted ordinances banning the making of homemade firearms and the use of 3D printers to make guns and gun parts.  Gun Owners of America (GOA) sued the City in Pennsylvania state court last May, challenging the ordinances.

Yesterday’s injunction prohibits Philadelphia from enforcing several illegal and unconstitutional firearm restrictions, including a ban on individuals making homemade firearms, restrictions on selling or transferring “firearm finishing devices” and “unfinished frames and receivers,” and even a prohibition on the use of a 3D printer to create a firearm or “firearm attachment.”

GOA’s Senior Vice President, Erich Pratt, had this to say:  “Fortunately, the state of Pennsylvania has a strong preemption law that explicitly protects the right to keep and bear arms, and prohibits localities like Philadelphia from enacting gun laws more restrictive than state law.”  GOA’s lawsuit challenges the City’s ordinances on that basis, along with alleging state constitutional violations, including the right to keep and bear arms.

Yesterday’s victory follows closely on the heels of the win against Philadelphia that GOA reported back in October, when a federal court remanded GOA’s case back to state court, after Philadelphia had frivolously removed the case.

And, just a couple of weeks ago, GOA wrapped up another lawsuit against Philadelphia, after forcing the City’s Gun Permit Unit to begin issuing Licenses To Carry Firearms within the statutory deadline.  Currently, the City is issuing carry licenses faster than at any time in its history.

While it is unfortunate that GOA (once again) has been required to bring suit in order to protect the right to keep and bear arms in the “City of Brotherly Love,” yesterday’s injunction is a victory for the City’s gun owners, who may now continue to exercise their constitutional rights to privately manufacture firearms for personal use, without fear of reprisal from the City of Philadelphia.

Gun Owners of America is a grassroots nonprofit organization representing more than two million gun owners who are dedicated to protecting the right to keep and bear arms without compromise. For more information, visit GOA’s Press Center. GOA spokespeople are available for interviews.