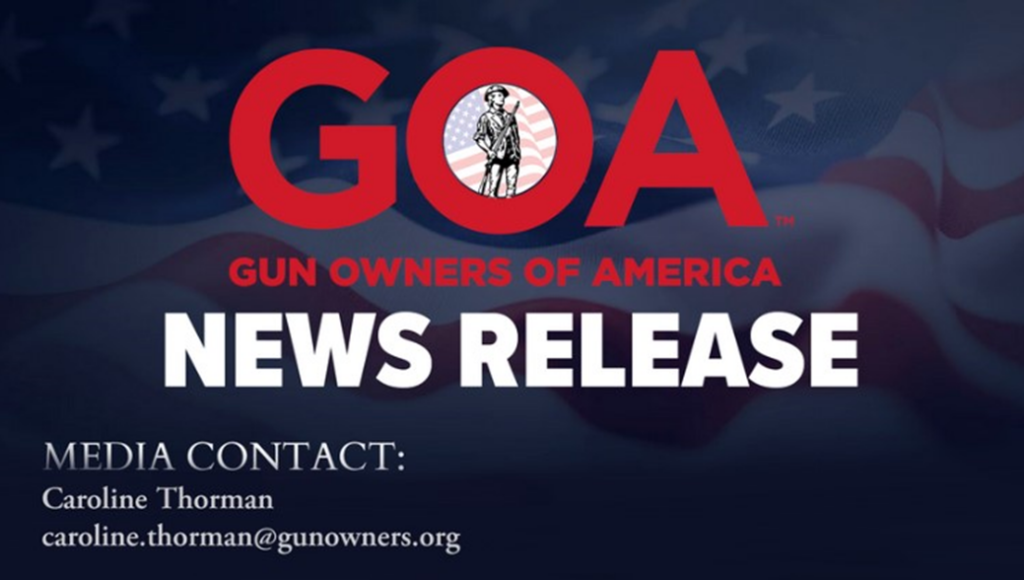 Harrisburg, PA – On Wednesday, April 27th at 10:30 AM ET, a coalition of gun rights and patriot groups will be holding a press conference to endorse Anne Weston for State Representative in House District 100 on the Pennsylvania State Capitol steps in Harrisburg. The candidate will be in attendance.

Representatives from Gun Owners of America, PA Gun Owners, and The Pennsylvania Liberty Alliance will make brief remarks in support of Anne Weston followed by comments from candidate Weston.

Candidate Weston is running against House Speaker Bryan Cutler who has voted for anti-gun bills in the past, including the so-called “Protection from Abuse (PFA) Act”, HB 2060, in 2018.

“If Speaker Cutler were truly a Second Amendment proponent, he wouldn’t have pushed for the passage of the Protection from Abuse (PFA) Act in 2018 as the Majority Whip. Without his support, this bill would never have passed. There is a repeated pattern of House Republican leadership ignoring Pennsylvania gun owners, hoping they will settle for what leadership tells them is acceptable. Don’t forget that Rep. Bernstine’s Constitutional Carry bill was blocked by House Republican leadership in June of 2021. If it wasn’t for GOA’s companion Senate bill championed by Senator Cris Dush (R-25), the Cutler-Benninghoff axis would have killed Constitutional Carry again like they have every other session since Rick Saccone originally filed it.”

GOA, along with four other gun rights organizations have also demanded that Speaker Bryan Cutler investigate the Pennsylvania Attorney General over alleged state and federal firearms law violations in connection with the NBC News story regarding “Ghost Guns” as reported by Ammoland News.

Regarding Cutler’s response to the demand letter for an investigation, Finnell said, “As usual, Speaker Cutler hides behind legalese and the minutia of House rules, but the fact of the matter is this: If Cutler wants there to be an investigation of the Attorney General’s office, then it will happen, if he doesn’t, then nothing will happen. I was hoping I would be wrong about the Speaker this time, but it’s par for the course for Bryan Cutler to dodge taking a stand on just about anything controversial.”

Dr. Val Finnell or another GOA spokesperson is available for interviews. Gun Owners of America is a nonprofit grassroots lobbying organization dedicated to protecting the right to keep and bear arms without compromise. GOA represents over two million members and activists. For more information, visit GOA’s Press Center.