What Possible Election Fraud Could Mean for Your Gun Rights 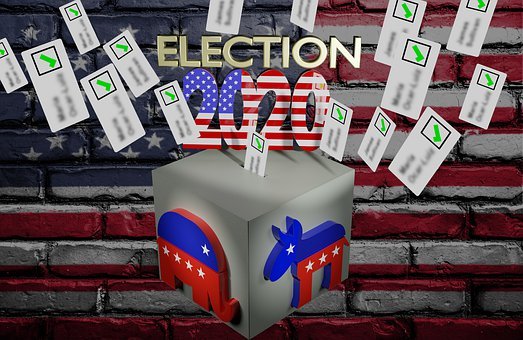 Time to Put Your Legislators on Notice The anti-gun Left has spent the last four years trying to convince the American people that the 2016 was a fraudulent election.

But now, the media and political operatives who have lied to us for the past four years, are pressuring Americans to ignore theallegations of lies and fraud that occurred on Election Day, and they are all too anxious to bring on the Biden coronation.

“Nothing to see here,” they tell us. And yet there’s a lot to see.

On the one hand, the fraud and irregularities that occurred may not be enough to change the election results. But shouldn’t everyone be in favor of examining all reports of fraud prior to the December deadline when electors coronate the next president?

Why is it that the Party — which told us there was massive, foreign-inspired voter fraud four years ago — is now bending over backwards to claim this was the cleanest election in American history? And why resist all efforts to shine the light of truth on claims of potential voter fraud?

If Joe Biden and Kamala Harris take the reins of power this January, it will have serious consequences for our Second Amendment rights. It’s imperative that all potential claims of voter fraud be investigated.

While the mainstream media has mostly ignored the evidence for serious irregularities, valid election-related concerns remain.

In Michigan and Pennsylvania, Republican poll watchers were prevented from examining ballots that were being counted.

In at least one Michigan county, Dominion voting machines switched thousands of votes from Donald Trump to Joe Biden. The Dominion software was a concern prior to the election, as PBS had raised concerns and states like Texas had specifically rejected the software because of the potential for fraud.

At TCF Center in Detroit, there are allegations that cars with out-of-state license plates showed up in the dark of night on November 4 with crates full of unsecured ballots.

And two Wayne County canvassers, who initially voted to certify the election after they received violent threats, now want to rescind their votes. Both cite multiple irregularities in the vote totals.

These reports are just the tip of the iceberg. There are so many more allegations:

Here’s the problem: If we allow this election to be concluded without a serious investigation into the claims of fraud, the consequences could be permanent.

The anti-gun Left is pursuing agenda items that would fundamentally transform our nation by:

These agenda items will, of course, lead to substantive ramifications for gun owners with:

So given the serious concerns of fraudulent activity surrounding the November 3 election, we are urging legislators:

State legislators are being bombarded with withering attacks from the very media which sanctioned the fraud which is being investigated. And they need your encouragement to stand up to these bullies and to expose them.

So please take action today (above).

We are at a perilous time in history. And if the anti-gun Leftist bullies succeed in intimidating us into overlooking their corruption, the results will be permanent and irreversible.